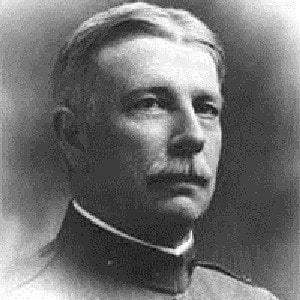 Inventor of the eponymous submachine gun that came into wide use around World War II.

He saw firsthand the deadly effectiveness of machine guns in World War I, and he began experimenting with small-arms rapid-fire weapons, eventually creating an early prototype with a Navy officer.

His weapon proved useful in Mafia reckonings around Prohibition-era Chicago, leading to its nicknames the Chicago Piano and Chicago Typerwriter.

He was born in Newport, Kentucky, the son of Lt. Col. James Thompson.

He and Hiram Maxim, inventor of the famous machine gun, both designed weapons that would revolutionize close combat.

John T. Thompson Is A Member Of