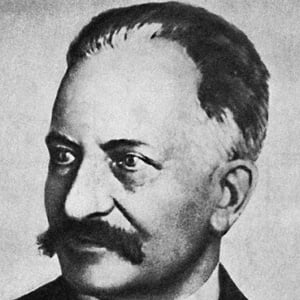 Because of the political tensions in his native Latvia, he decided to leave the country to settle in Germany.

He lost both of his parents when he was five years old but was able to complete his education with the financial support of his two older brothers.

In 1924, he was invited back to teach in his native Latvia, but he did not care for Lenin's reforms and declined the offer.

Paul Walden Is A Member Of