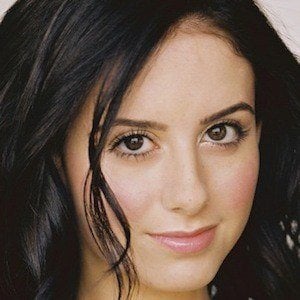 Singer known for her covers on YouTube as well as being a part of Team Christina on The Voice Season 3. She's also worked as a beauty guru for Covergirl Cosmetics.

At seven-years-old, she began taking voice lessons and she was writing songs by the time she was ten. She began acting in musical theatre at the age of nine.

She can play the piano, guitar, and cajon. She has over 100,000 subscribers on YouTube. She also enjoys acting and starred in 40 Hours and Family Dinner.

She grew up in Houston, Texas and her family is from Mexico. She speaks both English and Spanish fluently.

She and Jordan Pruitt were both on Team Christina during season 3 of The Voice. They were both eliminated in the battle round.

Paulina Cerrilla Is A Member Of