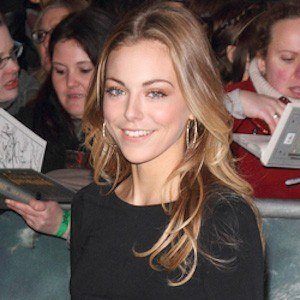 Actress who portrayed the character Sigrid, daughter of Bard the Bowman, in The Hobbit: The Desolation of Smaug.

Her first onscreen appearance was in the 2008 movie Blessed.

She played two different characters in the Hobbit series, first appearing as a child of Dale in The Hobbit: An Unexpected Journey before being cast as Sigrid.

She has a younger sister, Mary, who also appeared in the Hobbit trilogy.

Her father, actor James Nesbitt, portrayed the dwarf Bofur in the Hobbit films.

Peggy Nesbitt Is A Member Of