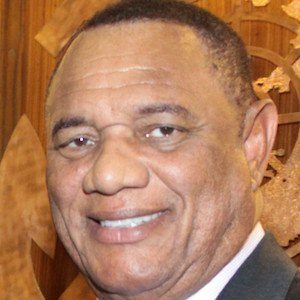 Bahamian politician who served as Prime Minister from 2002 to 2007 and was reelected in 2012. After his first term as Prime Minister ended and the Free National Movement took power, he was the official opposition leader until 2012.

He was elected the leader of the Progressive Liberal Party in 2009.

He married Bernadette Hanna, and they had three children.

He served as Prime Minister under the rule of Queen Elizabeth II.

Perry Gladstone Christie Is A Member Of