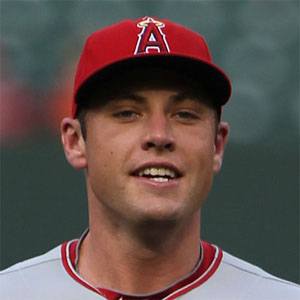 Incredible defensive center fielder who made his big league debut in 2010 with the Los Angeles Angels of Anaheim.

His father Chris Bourjos was an outfielder for the San Francisco Giants.

Catcher and first baseman Mike Napoli was his teammate on the Angels.

Peter Bourjos Is A Member Of