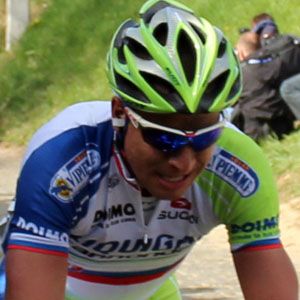 Slovakian cyclist who won the points classification at the 2012 and 2013 Tour de France, becoming the second to win in his first two tries. In September, he contested the Okolo Slovenska for the first time, winning the race overall.

He won the Slovak Cup as a teen while riding his sister's supermarket bike.

He won his third consecutive National Road Race Championship in 2013. He wore the rainbow jersey for the duration of 2018.

He has three older brothers and an older sister. In 2015, he married Katarina Smolkova.

He raced against Luis Sanchez in the 2012 Tour de France.

Peter Sagan Is A Member Of