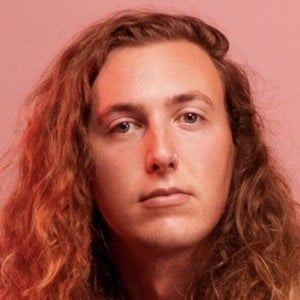 Bass guitarist for the Canadian indie pop outfit Peach Pit that is responsible for a debut EP called Sweet FA, and debut LP titled Being So Normal.

He was working as an Amazon delivery driver, but quit his job in 2017 to go on the band's first tour of North America and Europe.

He had known lead guitarist Christoper Vanderkooy since he was five years old. He has been known by the nickname Peachy Pete.

He is from Vancouver, Canada.

He and William Hehir are both bassists for indie pop groups.

Peter Wilton Is A Member Of