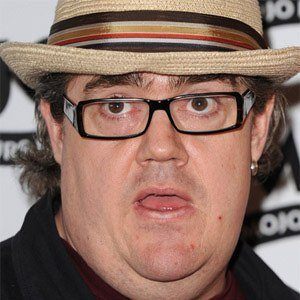 Comedian and actor who is a team captain on the BBC show Never Mind the Buzzcocks and a regular on the radio show I'm Sorry I Haven't a Clue. He played the role of King Arthur in the 2011 tour of the musical Spamalot.

He worked for the Department of Health and Social Security for five years and it was while working there that he began to write political poetry and draw cartoons. He soon began touring the student scene of colleges, universities and student unions and supported bands such as Billy Bragg, the Style Council and the Housemartins.

He wrote and presented Disneyfied, a documentary on the work of Walt Disney.

He has a wife and two daughters. "Jupitus" is his stepfather's surname and he took it as his won when he was 16.

He was on the comedy panel game show Never Mind the Buzzcocks with Noel Fielding.

Phil Jupitus Is A Member Of