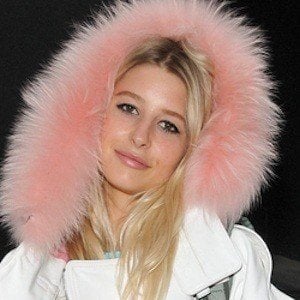 Fashion designer and reality star who rose to prominence during her time on Made in Chelsea. Known for her sense of style on the show, she followed her time on reality TV by teaming up with Illustrated People to create her own fashion line.

Her interested in fashion started well before she joined Made in Chelsea, having interned with famous designer Bruce Oldfield when she was 16.

Despite being in two seasons of Made in Chelsea, she continued to work full time in fashion while filming.

She grew up in England. She and Foals drummer Jack Bevan have been romantically linked.

She and Lucy Watson have both been on Made in Chelsea.

Phoebe-Lettice Thompson Is A Member Of