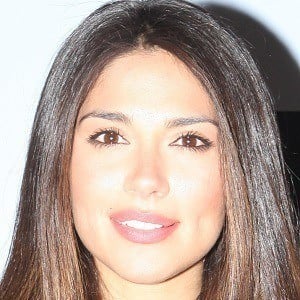 Famous for her portrayal of Katarina Chapman on the popular Australian television series Home and Away, she is also well known for her modeling work, which includes advertising campaigns for the Mossimo and Myer brands and a series 2 appearance on Search for a Supermodel.

After training at the National Institute of Dramatic Art, she hosted an Australian travel program called Postcards Victoria.

She worked for Qantas airlines as an in-flight television entertainer and travel ambassador.

The daughter of fashion designer Angelica Blanco, she spent her earliest years in Chile and the bulk of her childhood in Australia. Her first child, Isaiah, was born when she was in her late teens; she later married Australian rules football player Brad Miller and welcomed a second son, Lennox. She and Miller separated in 2015.

She and Emily Symons are both known for their work on Home and Away.

Pia Miller Is A Member Of