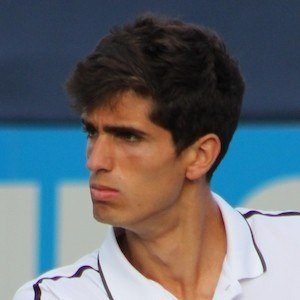 Professional tennis player who has won the doubles title at both the US Open in 2015 and Wimbledon in 2016. In 2017, he reached his personal highest ranking in singles making it to number 64 in the world.

He received a wildcard entry into the 2014 French Open marking his Grand Slam debut.

He defeated a Top 10-ranked opponent for the first time in 2017.

He is the son of Jean-Roch Herbert Marie-Laure Herbert.

He was photographed with fellow tennis player David Goffin in April 2017.

Pierre-Hugues Herbert Is A Member Of