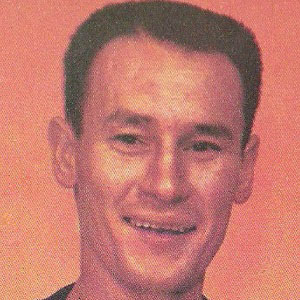 Hockey Hall of Famer who served as the captain of the Chicago Blackhawks from 1961 to 1968. He won the James Norris Memorial Trophy as the best defenceman in the NHL three consecutive years from 1963 to 1965.

He moved from Kenogami, Quebec to Fort Erie, Ontario when he was 14 years old. He played in his first hockey game at 17.

In his playing days, he was considered an "iron man" due to the fact that he played in 376 consecutive NHL games.

He married a woman named Anne and has children named Pierre, Denise, Renee and David.

He won the 1960-61 Stanley Cup with the help of Hall of Fame goaltender Glenn Hall.

Pierre Pilote Is A Member Of