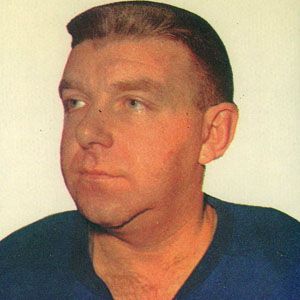 NHL Hall of Fame goaltender who won four Stanley Cup Championships with the Montreal Canadiens between 1965 and 1969. He received the Vezina Trophy for the league's top goaltender in 1966 and 1968.

He won the Calder Trophy as the NHL's Rookie of the Year, and he did it playing for the worst team in the league.

He was known for his wry humor; asked about which team gave him the most trouble as a goalie, he named his own--the New York Rangers.

He retired behind only Terry Sawchuck and Glenn Hall in number of games played.

Gump Worsley Is A Member Of

NHL Rookie of the Year
Born In 1929
Hockey Players
Taurus