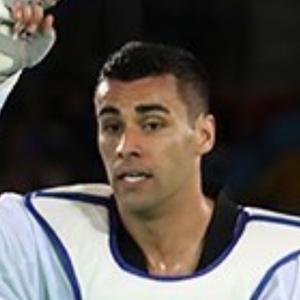 Tongan taekwondo practitioner who is recognized for having competed in the 2016 Summer Olympics. Footage of his appearance during the opening ceremony went viral as he wore his country's cape during the Parade of Nations.

He began taking taekwondo lessons at five years of age.

In 2018, he qualified to ski in that year's Winter Olympics.

Both he and Lesley Vainikolo were of Tongan descent.

Pita Taufatofua Is A Member Of