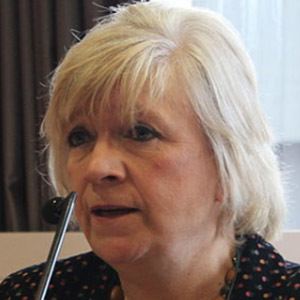 Well-respected British journalist who came to prominence as a columnist for The Guardian in 1998. She has also worked as the social affairs editor for both the BBC and The Independent newspaper.

She studied history at St. Anne's College at the University of Oxford.

She won the title of Columnist of the Year at the 2007 British Press Awards.

Her father Philip was a literary critic and her mother's name is Anne. She married David Walker in 1992. Her children's names are Flora, Milly and Nathaniel.

She's a supporter of the Labour Party but has been a critic of leader Jeremy Corbyn.

Polly Toynbee Is A Member Of