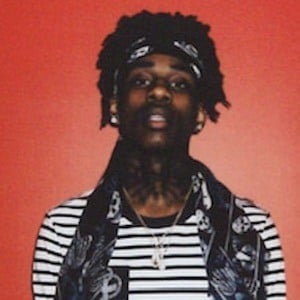 Also known as Capalot or Polo Capalot, he is a Chicago rapper with tracks titled "Finer Things," "Gang With Me," "Hollywood" and "Welcome Back," among others.

Music became an outlet for him to cope with the violent loss of several family members and friends.

He launched a clothing line called Polo.G Capalot. He has 5 million followers on Instagram.

He is from the north side of Chicago. His older sister Leilani has been his tour manager. His younger brother is rapper Trench Baby. In 2018, he dated Crystal Blease, known online as Itsreallycrystal. He has a son named Tremani who was born on July 6, 2019. He has a younger sister named Leia Monroe. His mother is Instagram star Stacia Mac.

He collaborated with DaBaby on the song "Party Lyfe."

Polo G Is A Member Of