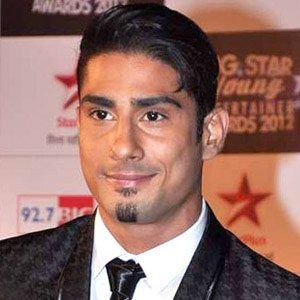 Filmfare and Stardust Award nominee for his roles in Jaane Tu... Ya Jaane Na and Dhobi Ghaat, respectively.

He worked for a year as a production assistant for an advertisement filmmaker.

He had a part in the film festival favorite Dhobi Ghaat.

He was in a relationship with Amy Jackson. His mother, Smita Patil, was an actress. She passed away when Babbar was born due to complications.

He starred alongside Abhishek Bachchan in the film Dum Maro Dum.

Prateik Babbar Is A Member Of