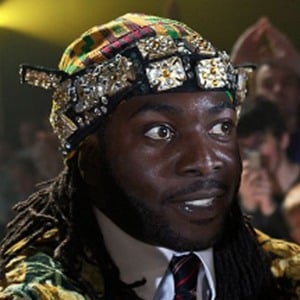 Professional wrestler who became known for creating his own brand called The Embassy. He has won the ECWA Heavyweight Championship, the ECWA Mid Atlantic Championship and the CSWF Tag Team Championship.

He joined the Ring of Honor wrestling promotion group in 2002.

He was ranked as one of Pro Wrestling Illustrated's Top 500 Singles Wrestlers in 2010.

He stated that he's the son of an Ashanti tribe member with royal heritage.

He came to prominence as a pro wrestler with Ghanaian ancestry like Kofi Kingston.

Prince Nana Is A Member Of