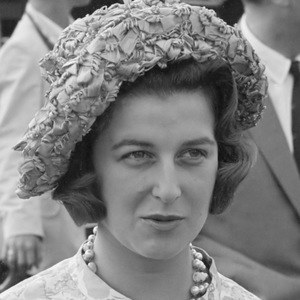 Member of the British royal family and first cousin to Elizabeth II. She is the niece of George VI by his brother Prince George, Duke of Kent.

At the time of her birth in 1936, she was sixth in the line of succession to the British throne.

In addition to being first cousins with the queen, she is also first cousins once removed with Prince Philip through her mother Maria of Greece and Denmark.

She was married to businessman Sir Angus Ogilvy until his death in 2004.

After the birth of Prince Louis Arthur Charles, she dropped to 56th in the line of succession.

Princess Alexandra Is A Member Of