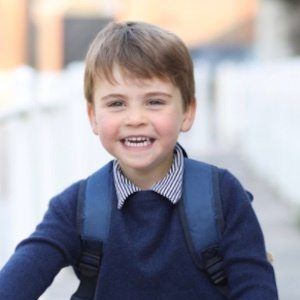 Born into royalty as the third child of Prince William and Kate Middleton on the English national holiday, St. George Day. He is fifth in line to become monarch of the Commonwealth.

He weighed eight pounds and seven ounces at birth, which was more than his brother George or his sister Charlotte.

He shares the middle name of Arthur with his father.

He is fifth in line to the throne after Charles, Prince of Wales, Prince William, Prince George and Princess Charlotte. His uncle, Prince Harry, is sixth in line behind him.

His great-grandparents are Elizabeth II and Prince Philip.

Prince Louis Arthur Charles Is A Member Of