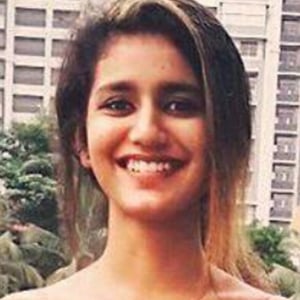 Actress and model who experienced a meteoric rise to fame with her role in the film Oru Adaar Love in 2018. A clip from the movie in which she winks flirtatiously went viral, being viewed more than 20 million times in less than a week.

Her famous wink made her one of the most frequently-Googled celebrities in India and earned her an Instagram following of more than 6 million.

Her father is Prakash Varrier.

She is a popular Indian actress, much like Parineeti Chopra.

Priya Prakash Varrier Is A Member Of