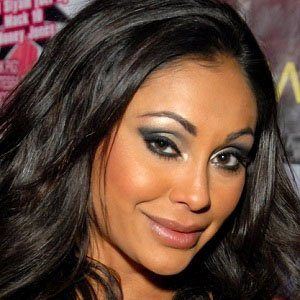 Indian-American who previously worked as an adult film actress, entering the industry in 2007.

She was a fashion and swim suit model. She studied marketing at Arizona State University.

After retiring, she tried her hand in mainstream media, including acting in Bollywood.

She was born in New Delhi, India. She moved to Minneapolis, Minnesota when she was adopted by American parents at the age of 2.

She is an AVN award winner like Jayden Jaymes.

Priya Rai Is A Member Of