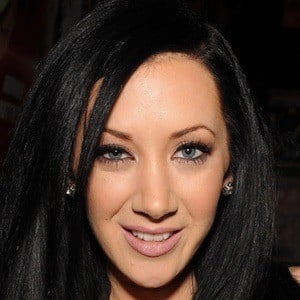 Adult film actress since the age of 20 who won an AVN award in 2010 after being nominated for Best New Starlet the year prior.

She was a ballet and tap dancer for eight years in her childhood. She was an exotic dancer while in college where she studied accounting and business.

She was featured in the film Bucky Larson: Born to Be a Star.

She was born Michele Lee Mayo in Upland, California. She has a younger sister and a brother.

It was rumored that she was dating Chuck Liddell, but she stated they were just friends.

Jayden Jaymes Is A Member Of