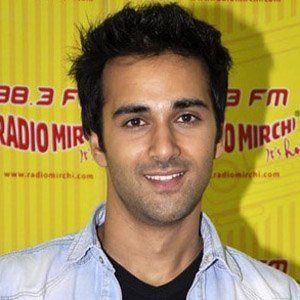 After briefly studying advertising at the Apeejay Institute of Design, he began a career as a model. Later, he moved to Mumbai to study acting.

He made his large-screen debut in a 2012 cinematic flop titled Bittoo Boss.

He grew up in North West Delhi, India, as a member of a Hindu and Punjabi family whose members operated a real estate company. Several years after meeting her in 2010, he became engaged to broadcast journalist Shradha Rohira. The couple married in November of 2014, but separated a year later.

He starred opposite Sarah-Jane Dias in the 2014 film O Teri.

Pulkit Samrat Is A Member Of