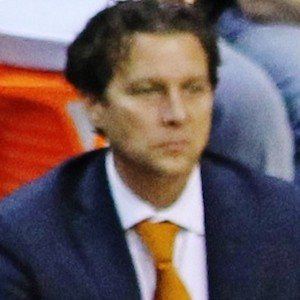 Basketball coach who became the head coach of the Utah Jazz in 2014. Prior to that, he was an assistant coach with the Atlanta Hawks, Los Angeles Lakers, and Philadelphia 76ers.

He played college basketball at Duke University and later got both a law degree and an MBA from Duke.

As the coach of the University of Missouri basketball team, he led the team to four consecutive NCAA Tournament births.

His father was a high school baseball coach who went to the University of Washington on a basketball/baseball joint scholarship.

He served as an assistant coach at Duke University under head coach Mike Krzyzewski.

Quin Snyder Is A Member Of