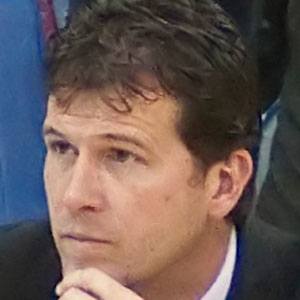 He played college basketball at Indiana University and briefly played in the NBA for the Dallas Mavericks and Golden State Warriors.

He has three children, Kory, Bryce and Kayla.

He won an NCAA Championship under coach Bobby Knight at Indiana University.

Steve Alford Is A Member Of