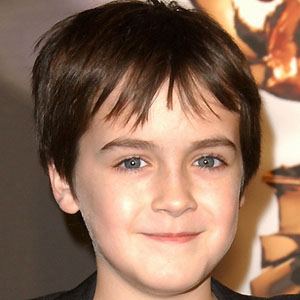 Gained prominence for his role as Sam in the 2007 horror film, Trick 'r Treat. He has also had recurring roles in Amazon's critically-acclaimed series The Man in the High Castle and the animated series 3-2-1 Penguins!. Additional TV credits include Fringe, Smallville, R.L. Stine's The Haunting Hour and Once Upon a Time.

He began appearing in commercials at age 5.

His performance in Trick 'r Treat earned him a nomination for the Young Artist Award for Best Leading Young Actor in a Feature Film.

Born in Canada, he obtained citizenship in the United States, which allowed him to work in both countries. His mother has been supportive of his acting career.

He appeared alongside Oscar nominee Christopher Plummer in The Imaginarium of Doctor Parnassus.

Quinn Lord Is A Member Of