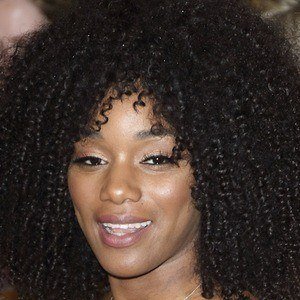 British pop singer who is best known as a contestant on the sixth season of the UK X Factor. She finished in ninth place in the competition.

She began singing at the age of eight and studied musical theatre in college.

She married Jason Finegan in 2015.

Rachel Adedeji Is A Member Of