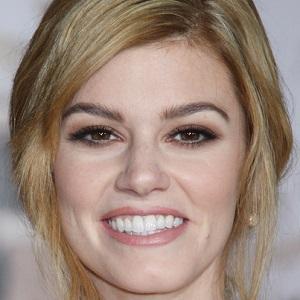 Most famous for her four-year run as Chelsea Brady on the popular NBC soap opera Days of Our Lives, Melvin is also known for her guest spots on Heroes and House M.D., as well as for her role as Penny Pinchelow in the 2014 film Dumb and Dumber To.

She made her cinematic debut in a 2005 independent movie titled Boo.

She appeared with Dreama Walker in the 2010 Lifetime movie Seven Deadly Sins.

She and her sister Jessica spent their earliest years in Illinois, but grew up primarily in Phoenix, Arizona. After turning down a full college scholarship to pursue an acting career, she relocated to Los Angeles, California.

Melvin was the second actress to play Chelsea Brady on Days of Our Lives; Mandy Musgrave originated the role in 2004.

Rachel Melvin Is A Member Of