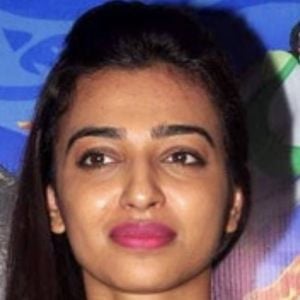 Film and theater actress widely recognized for her starring roles in Manjhi: The Mountain Man, Kabali, and Hunterrr. She is also recognized for acclaimed appearances in Rakht Charitra I, Dhoni, and Badlapur.

She earned a degree in economics and mathematics from Fergusson College and spent her formative years in stage work. After appearing in a few films, she then spent a year studying contemporary dance at the Trinity Laban Conservatoire of Music and Dance.

She has starred in several successful short films including Vakratunda Swaha, That Day After Everyday, and Ahalya.

Her father, Dr. Charudutt Apte, is a leading neurosurgeon and served as the chairman of Sahyadri Hospital. In 2012, she married British composer Benedict Taylor.

In the historical drama Manjhi: The Mountain Man, she stars alongside Nawazuddin Siddiqui.

Radhika Apte Is A Member Of