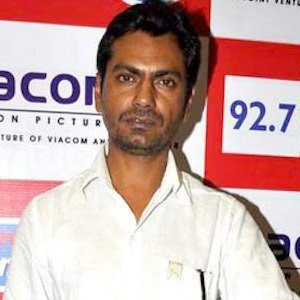 Indian actor known for his roles as Faizal Khan in Gangs of Wasseypur Parts 1 & 2, Shaikh in The Lunchbox, and Timur in Talaash.

He studied at Gurukul Kangri University, graduating with a degree in chemistry. He worked as a chemist prior to pursuing a career in acting.

After deciding to change careers, he attended the National School of Drama. He won an award for his role as supporting actor in the movie Talaash.

He has two children with his wife, Anjali.

He starred alongside Manoj Bajpai in Gangs of Wasseypur - Part 1.

Nawazuddin Siddiqui Is A Member Of