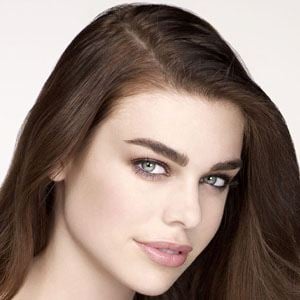 Known best for her runner-up finish in the 2010 season (fourteenth cycle) of the popular reality series America's Next Top Model, she also participated in runway shows for such world-famous fashion designers as Vera Wang and Rachel Roy. Additionally, she appeared in photo spreads for Harper's Bazaar and Seventeen magazines.

Before beginning her modeling career, she was an NCAA National Championship-winning volleyball player at Concordia University in St. Paul, Minnesota.

The judges on America's Next Top Model likened her look to those of actresses Brooke Shields and Denise Richards.

She was born and raised in Minnetonka, Minnesota.

She performed in the music video for "Calgary," a song by Bon Iver's Justin Vernon.

Raina Hein Is A Member Of