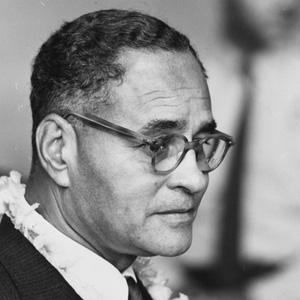 American political scientist, academic, and diplomat who, in 1950, became the first African American to win the Nobel Peace Prize for his mediation in Palestine. He also participated and played an active role in the formation of the United Nations.

He was the valedictorian of his class at Jefferson High School before attending UCLA.

He participated in the 1963 March on Washington, where Martin Luther King Jr. gave his 'I Have a Dream' speech.

His parents were Fred and Olivia Agnes Bunche, a barber and amateur musician.

He received the Presidential Medal of Freedom from John F. Kennedy in 1963.

Ralph Bunche Is A Member Of