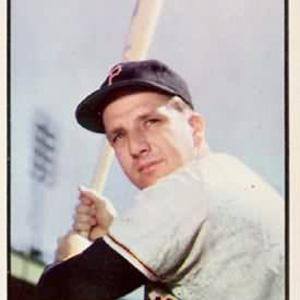 Hall of Fame MLB outfielder who played most of his career with the Pittsburgh Pirates. He was a 6-time All-Star and 7-time National League home run champion. After retirement, he became an announcer for the New York Mets.

He was a Navy pilot during World War II.

His #4 jersey was retired by the Pittsburgh Pirates and he was elected into the New York Mets Hall of Fame.

Had three children with his first wife, Nancy Chafee, and married again in 1963 to Di Ann Kiner.

He and Willie Stargell both won NL home run titles while playing for the Pirates.

Ralph Kiner Is A Member Of