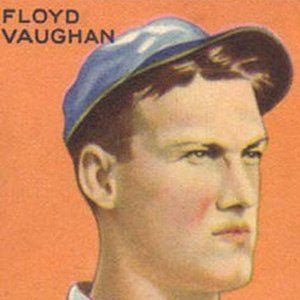 MLB shortstop who played on nine All-Star teams during his 14-year career, spent with the Pittsburgh Pirates and Brooklyn Dodgers.

He earned the nickname 'Arky' because of his extreme Arkansas drawl.

He won the Sporting News Player of the Year award in 1935.

He was married to Margaret Vaughan.

He finished third in NL MVP voting in 1935, directly behind Hall of Fame pitcher Dizzy Dean.

Arky Vaughan Is A Member Of