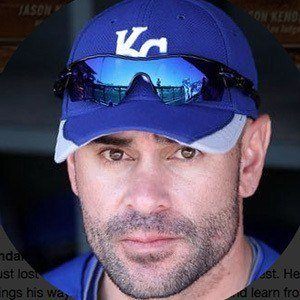 Three-time All-Star catcher who recorded 2,195 hits during his 15-year career.

He set an all-time high school record by collecting a base hit in 43 consecutive games.

He was one of the toughest players in the majors to strike out during his career.

His father, Fred Kendall, was also a catcher in the major leagues. He and his wife, Tricia Kendall, have four children, Ethan, Kuyper, Cole and Karoline.

He and Mike Piazza were two of the top hitting catchers of the late 1990s and early 2000s.

Jason Kendall Is A Member Of