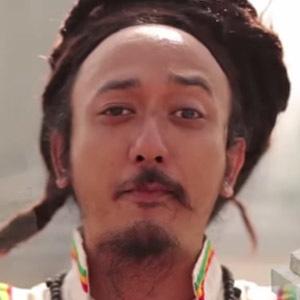 Indonesian singer known for his reggae style. He is recognized for his popular tracks "Berjaya" and "Kembali" and is also known for having earned representation from the Equinox DMD company.

He graduated from the Borough of Manhattan Community College in Liberal Arts in 2005. While living in Brooklyn, he released his debut album Declaration of Truths in 2005. He then returned to Indonesia where he released his Reggae Ambassador in 2007.

He is also known for having written a book about the history of Reggae which combined the influences of Jamaica, Ethiopia, and Indonesia which won an Indonesian Cutting Edge Music Award in 2012.

Other Indonesian singers also known for their reggae style of singing include Dhyo Haw, Budhi Doremi, and Eric Rachmany.

Ras Muhamad Is A Member Of