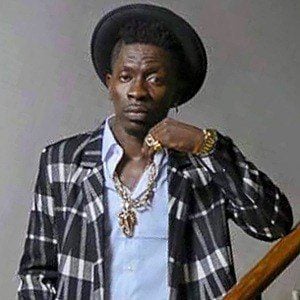 Reggae and dancehall musician most well known for his breakout single "Dancehall King," which won him the title of Artist of the Year at the 2014 Ghana Music Awards. He had previously became known for the pseudonym Bandana.

Throughout school, he adopted the stage named DOGGY until he graduated from high school when he changed the named to Bandana. The release of his debut single "Bandana from Ghana" earned him significant air time in 2004.

In 2014, he was amongst a group of musicians like Reggie Rockstone to be named a brand ambassador for Guinness Ghana Breweries' Made of Black campaign.

He was born Charles Nii Armah Mensah Jnr. to Charles Mensah and Mama Elsie. He married Shatta Michy, with whom he has a son named Majesty.

He demonstrated his acting chops in the Nigerian film Shattered Mirror alongside Majid Michel and Bisa Kdei.

Shatta Wale Is A Member Of