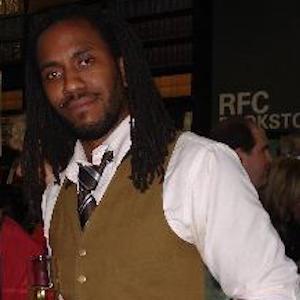 Artist who is famous for his post-black conceptualism style. He earned his breakthrough in 2001 when his work was featured in the "Freestyle" exhibition at Harlem's Studio Museum.

He earned his B.F.A. in photography from Columbia College of Chicago. He would later earn his master's from the School of the Art Institute Chicago.

He finished as a finalist for the 2011 Hugo Boss Prize. He had his first solo exhibition featured at the Museum of Contemporary Art in Chicago featured in 2012.

His parents' names are Cheryl and Jimmy. He shares one child with his wife Sheree.

He and Justin Chan are both famous for their conceptual art careers.

Rashid Johnson Is A Member Of