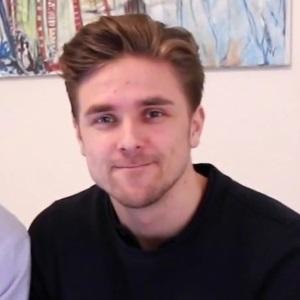 YouTuber known for the channel Slikhaar TV, which he runs alongside his twin brother Emil Vilain Albrechtsen. The twins discuss celebrity hairstyles and present how-to videos on their widely popular channel.

He and his brother's channel had reached over 2.1 million subscribers.

In their home country of Denmark, they have a Slikhaar Studio and they also run a Slikhaar online shop.

Among the many celebrity haircuts they have featured on their channel are the styles of soccer stars Cristiano Ronaldo and Marco Reus.

Rasmus Vilain Albrechtsen Is A Member Of