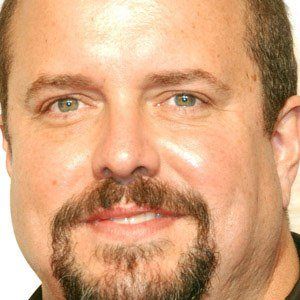 Singer-songwriter best known as the frontman for the country band The Mavericks, famous for singles like 1996's "All You Ever Do Is Bring Me Down." Following the band's dissolution, he embarked on a solo artist and released albums like 2010's Sinners and Saints.

He was born Raul Francisco Martinez-Malo, Jr. in Miami, Florida. He and The Mavericks were signed by the label MCA Nashville in 1991.

He has performed with the Grammy-winning supergroup Los Super Seven, appearing on their 2001 album Canto.

He has sons named Max, Dino and Vincent.

He co-wrote singer Rick Trevino's 2003 single "In My Dreams."

Raul Malo Is A Member Of