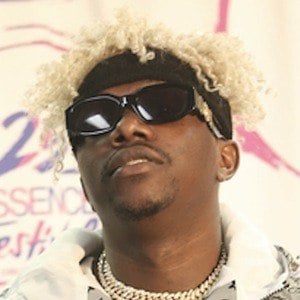 Bongo flava and afro-pop recording artist, songwriter and dancer who broke through with a song called "Kwetu." MTV Base named him among "Acts To Look Out For" in 2017.

He realized his passion for music in 2011 and won a rap freestyle competition. In 2012, he became a part of a group called Tip Top Connection.

He won a BET Award in 2017 for International Viewers' Choice.

He was born Raymond Shaban Mwakyusa in Mbeya, Tanzania. He previously dated Faymah..

He and Eddy Kenzo have both been the recipient of Viewers' Choice honors at the BET Awards.

Rayvanny Is A Member Of