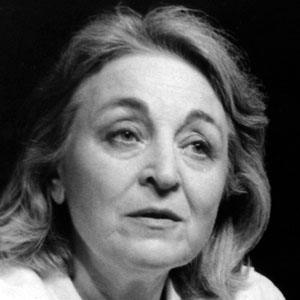 Most famous for playing series regular Fay Cochran in the 1990s NBC situation comedy Wings, this New York-born actress also became known for her recurring roles in One Life to Live (as Twyla Ralston), Ryan's Hope (as Nurse Dunphy), and Suits (as Edith Ross).

After studying theater in both the United States and Ireland, she made her Broadway debut in the 1976 production of Herzl.

Her film credits include roles in Analyze This, Little Children, and Flannel Pajamas.

She and her younger brother, author Ben Wattenberg, grew up in New York as the children of Judah and Rachel Wattenberg. Her more than five-decade marriage to Gene Schull resulted in three children.

In 2014, she joined the cast of ABC Family's Chasing Life. The series also features performances by Italia Ricci and Mary Page Keller.

Rebecca Schull Is A Member Of