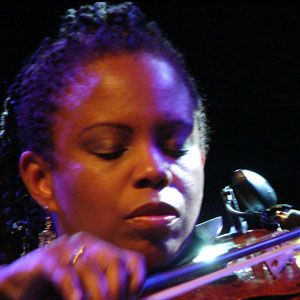 Acclaimed jazz violinist. She recorded more than twenty albums between 1995 and 2014; her most famous recordings on the Verve label include Motor City Moments and Rhythms of the Heart.

She picked up the violin at age four and played in the youth division of the Detroit Symphony Orchestra. She later performed with a jazz-pop group called Straight Ahead.

She was awarded the MacArthur Fellows Program Grant in 2006.

Her cousin, James Carter, had a successful career as a saxophonist.

She subscribed to the Suzuki Method, a music instructional system created by Shinichi Suzuki.

Regina Carter Is A Member Of