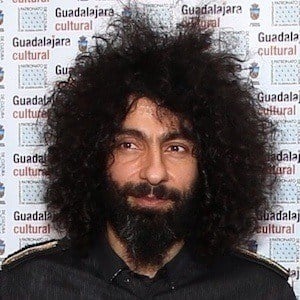 Professional violinist who is known for his own solo projects in addition to his collaborations with other artists and his work with feature films.

He gave his first concert at the age of 12 and when he turned 14, he began studying music in Berlin.

He has won several competitions and awards for his playing including first place at the Felix Mendelssohn and Pablo Sarasate competitions.

He was born in Beirut and began studying violin under his father at an early age. He moved to Berlin at 15 to pursue a career in music.

He worked with Pedro Almodovar on the soundtrack for the 2002 film Hable con ella and the 2005 film La mala educación.

Ara Malikian Is A Member Of