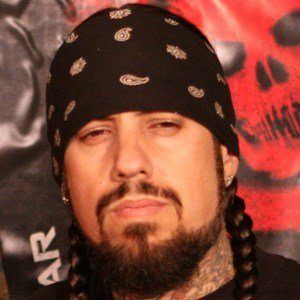 Korn bass player who got his nickname from Garfield the cat and who played with StillWell.

He was originally a part of the band L.A.P.D., the group that evolved into Korn.

He has appeared in videos for bands like Limp Bizkit and Bubba Sparxx.

He and James Shaffer are bandmates in Korn.

Reginald Arvizu Is A Member Of