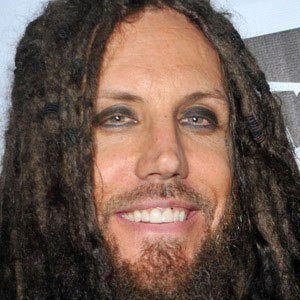 Guitarist for the heavy metal band Korn and for Love and Death, his side project. He also has released albums since he became a born-again Christian, like Save Me From Myself.

He was convinced to pick up the guitar after his father noted it was difficult to continually lug a drum kit around.

He is better known by his stage name Head.

He married Rebekkah Welch in 1998 and they divorced in 2001. He has two daughters named Jennea and Natalie.

He and James Munky Shaffer were both in Korn.

Brian Welch Is A Member Of