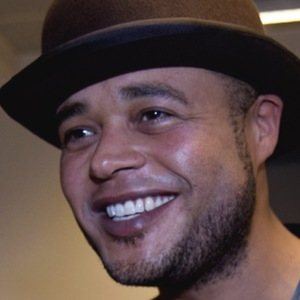 Danish songwriter and producer has helped to write hit songs like Jamelia's "Superstar," Beverley Knight's "Keep This Fire Burning" and Monrose's "Hot Summer." He is one of the original judges for the Danish version of X Factor.

He first came to prominence in the 90's as a member of the band Sounds of Seduction.

He played himself in the 2010 comedy Klown.

He has a daughter named Kenya with model and wife Mathilde Goehler.

He wrote the hit Sarah Connor songs "Sexy as Hell" and "Under My Skin."

Remee Is A Member Of