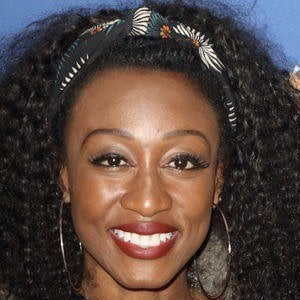 English soul singer and radio show host known as one of the U.K.'s greatest soul artists who sang "Flavour of the Old School."

She began performing in clubs and local venues at the age of seventeen. Her hit album The B-Funk came out in 2005.

She was presented a Lifetime Achievement Award from the Urban Music Awards in 2004.

She married longtime boyfriend James O'Keefe in September of 2012.

She has cited Aretha Franklin as one of her greatest influences.

Beverley Knight Is A Member Of